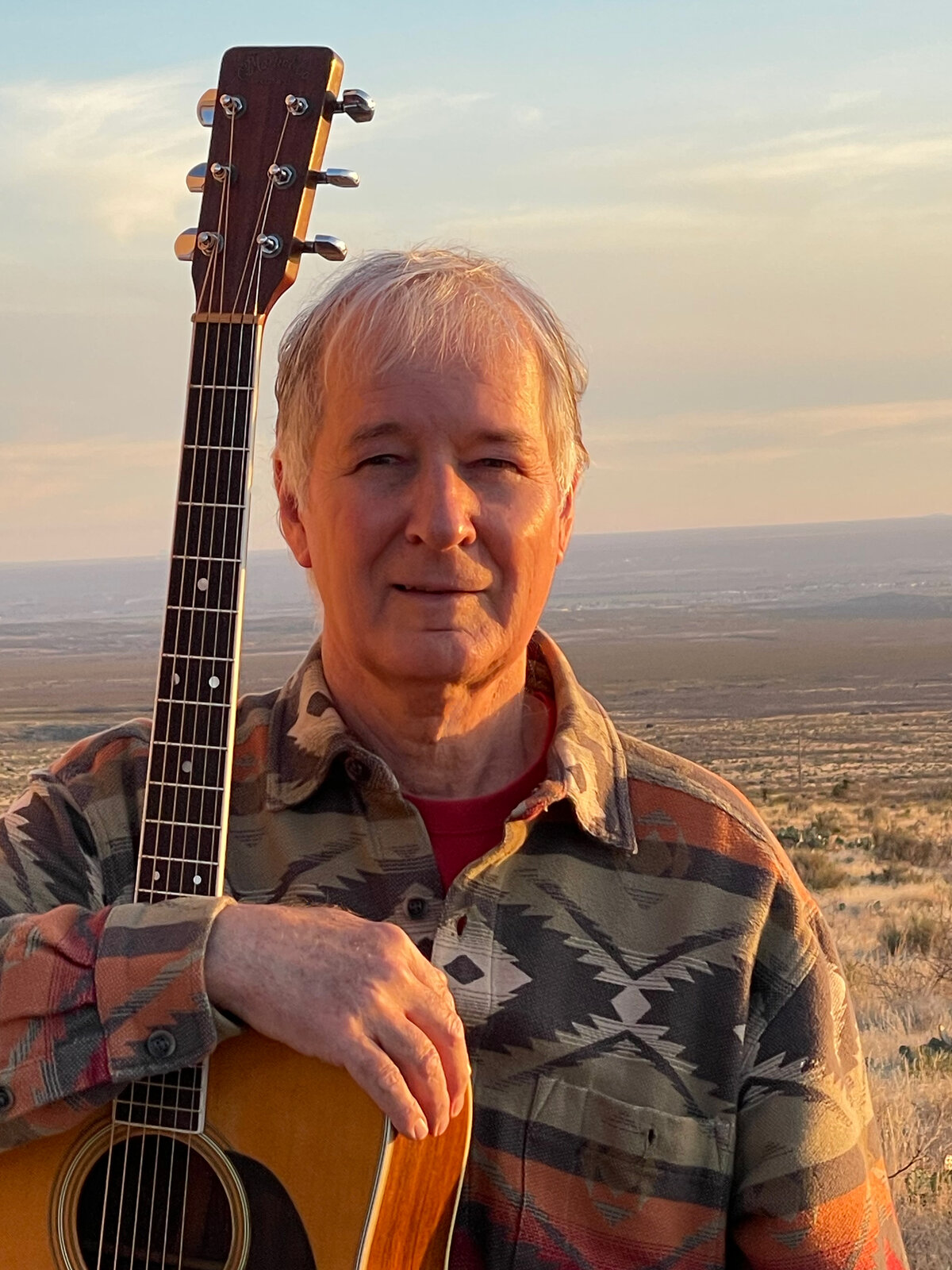 The El Paso Community Foundation Jewel Box Series at the Philanthropy Theatre continues its seventh season with three of the area’s most accomplished singer-songwriters, who’ll play their songs and swap stories.

The Southwest Songwriters — host Doug Adamz and fellow singer-songwriter-guitarists Gene Keller and Teresa Tudury — will perform original songs, covers, and some seasonal music at 2:30 pm Sunday, December 11 in the Philanthropy Theatre on the second floor of the Plaza Theatre Performing Arts Centre complex.

Tickets are $15, on sale at the Plaza Theatre Box Office (where no service charge is assessed) and Ticketmaster.com (service charges apply).

Adamz, Keller, and Tudury have dedicated decades to the art of song, and they know how to deliver them with wit, wisdom, poetry, and pure emotion.

Adamz created the traveling Southwest Songwriter series after his return to the area in 2018. He grew up in El Paso, performed in rock bands (Wailing Wall, Kite) and as a folk singer (The Cellar) and majored in music at UTEP. He lived in the San Francisco Bay area for 44 years where he recorded several vocal and instrumental albums, and performed with or written for Robert Altman, Joan Baez, the Joffrey Ballet, the Kronos Quartet, Huey Lewis and PBS. He owns Magi Studio near Las Cruces.

Keller is a longtime poet and singer-songwriter from El Paso who describes himself as a maker, seer, healer, singer, and storyteller. His songs are like a cinematic soundtrack woven into the lives of those who have followed his work. He has released several albums, including the recent Painted Bird. Keller has written and published numerous poems and short stories, including the collection Tongue Tied to the Border.

Tudury is known for her deep, sultry voice and inventive wit. Her voice has been described as a cross between Bette Midler and Bonnie Raitt. Based in Mesilla, N.M., she’s originally from San Francisco, where she started writing and performing as a girl. Her artistic path took her to Los Angeles, Europe, and New York. She has recorded or performed with Leonard Cohen, Rickie Lee Jones, Lyle Lovett, and Taj Mahal, and released several albums. Tudury hosts Live From the Doublewide on Las Cruces’ KTAL (101.5 FM).

The Jewel Box Series was created in partnership with El Paso Live in 2014 to host local performing artists and groups in that jewel box of a venue, the Philanthropy Theatre. Its sixth season was cut short in March 2020 by the pandemic lockdown. Go to epcf.org or call 915-533-4020 for more information. To donate to the Jewel Box series, go to epcf.org/jewelboxseries.

The series continues in January with Oscillate, an original dance work by El Paso’s Mountain Movement, at 2:30 pm Sunday, January 8, 2023. Tickets are $15, on sale now.

Previous All News Articles Next