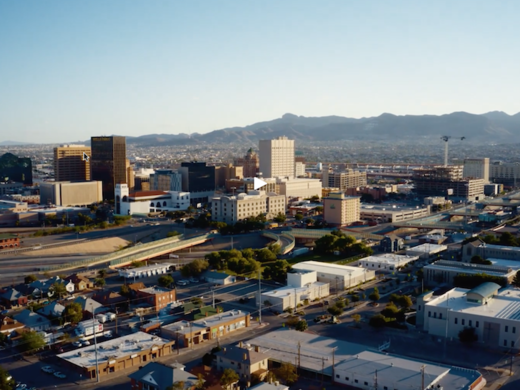 The Intersection of Possibilities initiative began a few years ago as an economic development initiative for El Paso and quickly grew into a regional branding initiative for El Paso, Las Cruces and Ciudad Juárez. This initiative is a public/private partnership designed to provide resources to develop, amplify and market our brand, and create a compelling, sustained storytelling engine for our region. Key partners in this initiative include the Borderplex Alliance, City of El Paso, County of El Paso, the El Paso Community Foundation and numerous private contributors across the region.

“This recognition is a testament to our region and how various entities across public and private sectors are coming together to continue to help elevate and position our three states and two countries for greater investment opportunities,” said Jessica Herrera, Director of Economic Development for the City of El Paso.

IEDC’s Excellence in Economic Development Awards recognize the world’s best economic development programs and partnerships, marketing materials, and the year’s most influential leaders. Its 35 award categories honor organizations and individuals for their efforts in creating positive change in urban, suburban, and rural communities. Awards are judged by a diverse panel of economic and community developers from around the world, following a nomination process held earlier this year. IEDC received over 500 submissions from four countries.

Sanders/Wingo, which is based in El Paso and Austin, is elevating our region’s image. “The Intersection of Possibilities gives the world a glimpse into our region’s potential and reminds us why we are proud to call the Borderplex region home. Congratulations to Bob Wingo and his team for developing this award-winning campaign. Their talents are helping to change the way people think about the Borderplex region and making it easier to attract capital, jobs, and talent to the region” said Jon Barela, CEO of The Borderplex Alliance.