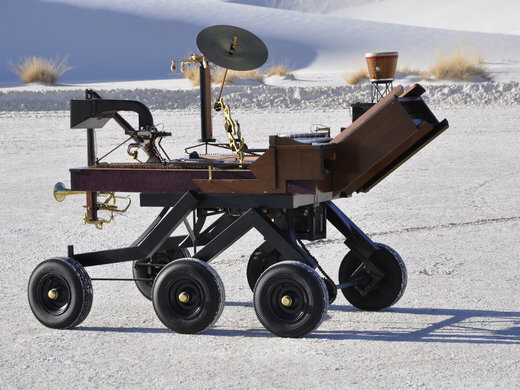 Impact | Programs of Excellence presents Morrow and EAR1 at 2:30 p.m. Sunday, October 8 in the Philanthropy Theatre, located on the second floor of the Plaza Theatre Performing Arts Centre Annex (above the box office).

The October 8 program will feature a short, introductory talk by Morrow, a musical performance on the rover, and a short film about the EAR1’s travels in the region.

Las Cruces resident Morrow, who teaches at El Paso Community College, describes his work as being “at the intersection between art, science, and music.” Morrow has art degrees from New Mexico State University and the Massachusetts College of Art.