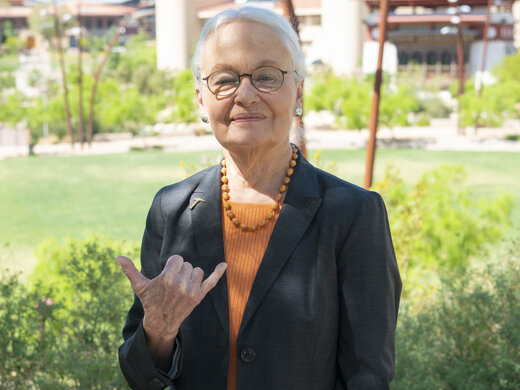 El Paso has lost one of its greats. Diana Natalicio was a community builder, leader, and steward of thousands of young lives throughout her tenure at the University of Texas at El Paso.

Dr. Natalicio was born in St. Louis, Missouri in 1939. She studied Spanish and Portuguese, and eventually earned her PhD in Linguistics.

She came to the UTEP campus in 1971 and was named its president in 1988. She led in that role for 31 years, retiring in 2019. In her tenure, she grew UTEP into more than a border institution. Her legacy is in her commitment to two tenets at the university: access and excellence. As a result of her steadfast work, UTEP nearly doubled its enrollment with her at the helm, and earned status as a Tier 1 research facility.

More than that — Diana was a part of the community. She served on national boards, yes, but she always worked for the benefit of local nonprofits. The El Paso Community Foundation was proud to have partnered with UTEP and Dr. Natalicio on several projects, from scholarships to research projects, collaboratives for education — even Viva! El Paso.

Diana Natalicio was an honest, forthright force for higher education, and many of us are lucky to have worked with her, knowing that her motives were simply and purely for the benefit of our region.