Dickens classic gets local twist in next Jewel Box show 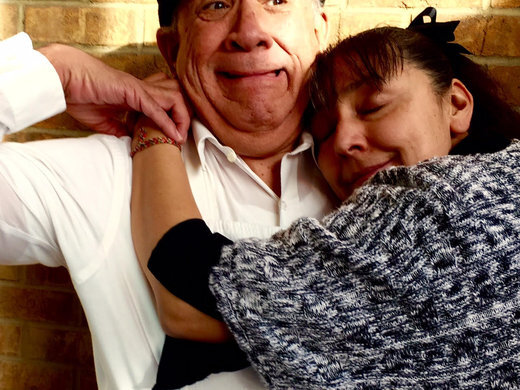 See Charles Dickens’ “A Christmas Carol” like you have never seen it before when El Paso’s bilingual theater company Los Actores presents “A Barrio Christmas” as part of the El Paso Community Foundation Jewel Box Series at the Philanthropy Theatre.

Performances will be at 7 p.m. Saturday, December 10 and 2:30 p.m. Sunday, December 11 in the Philanthropy Theatre on the second floor of the Plaza Annex in the Plaza Theatre Performing Arts Centre.

American Sign Language Interpretation will be provided for Sunday’s performance.

“A Barrio Christmas” is a bilingual production set in El Paso. It was written by Los Actores’ Drime Lockhart, who plays the role of Dona Carmen and co-directs with Hector Serrano. It features a seven-member cast and live music by Jose Sandoval.

The story centers on a bitter old store owner named Don Juan (Shakespeare-on-the-Rocks veteran Carlos De La Garza-Garcia) who is redeemed by the Christmas spirit when confronted with his past and La Muerte (played by Rockabilly Strangers singer Amanda Vasquez).