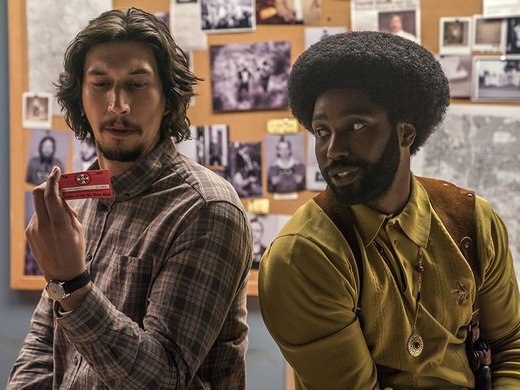 Award-winning journalist Bob Moore will join best-selling author Ron Stallworth and his wife, Patsy Terrazas-Stallworth, for a special benefit screening of the the Oscar-winning film BlacKkKlansman</b> at 7 p.m. Thursday, March 21 in the Foundation Room, 333 N. Oregon.

Ron and Patsy will take part in a Q&A after the screening. Former El Paso Times editor Moore will moderate. The movie is based on Ron’s book, Black Klansman.

Tickets are a suggested donation of $50, available at epcf.org/bkkk and at the door. Souvenir tickets will be handed out at the door.

Stallworth has described his Hollywood experience with the film and his book as “once in a lifetime.” The El Paso-based author’s memoir details how the Austin High School graduate and Colorado Springs police detective infiltrated the Ku Klux Klan in the late 1970s.

It was published independently in 2014 and reissued in 2018 by McMillan’s Flatiron Books, becoming a New York Times best-seller.

Pre-signed copies will be available for sale at the event from 6 to 8 p.m.

Director Spike Lee’s film version, BlacKkKlansman, has grossed more than $90 million since its Focus Features release on August 10, 2018. It was nominated for six Academy Awards, including Best Picture. It won the Oscar, Lee’s first, for Best Adapted Screenplay.

The New York Times called it one of Lee’s “greatest” films.

Go to epcf.org/families to donate.