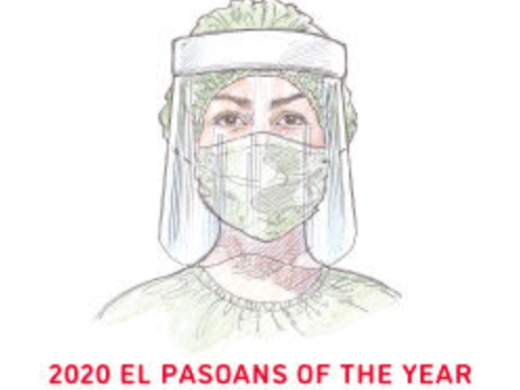 El Paso experienced one of the worst stretches of COVID-19 infections and deaths in the nation last year. In appreciation of those who continue to fight on the frontlines of that battle, the editors of El Paso Inc. chose to honor those doctors, nurses, techs and others who worked tirelessly in local hospitals and clinics, naming them collectively its El Pasoans of the Year for 2020.

The weekly teamed with the El Paso Community Foundation to produce a 12-minute documentary, Health Care Heroes, which was filmed over the summer, and includes footage from El Paso Inc.’s El Pasoan of the Year Awards Ceremony on June 10 at Southwest University Park.