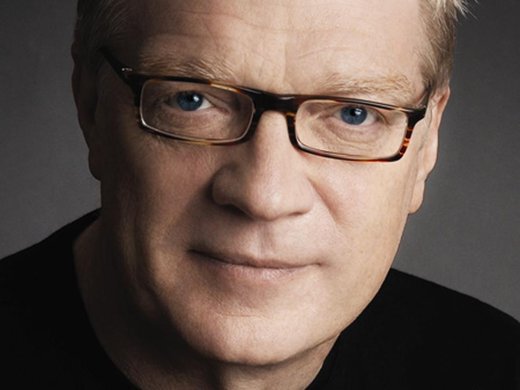 Sir Ken Robinson, a world-renowned expert on education and creativity, will bring his insight and witty humor to the Plaza Theatre on September 11 . Tickets are available at the Plaza Theatre Box Office or online at Ticketmaster.com.

Called “one of the world’s elite thinkers on creativity and innovation” by Fast Company magazine, Sir Ken has received numerous awards and recognitions for his groundbreaking contributions. He was included in Thinkers50 list of the world’s leading business thinkers and has been named one of TIME/Fortune/CNN’s Principal Voices. His 2009 book, The Element: How Finding Your Passion Changes Everything, is a New York Times best seller and has been translated into 21 languages. He works with governments in Europe, Asia and the US, international agencies and Fortune 500 companies.

The TED Talks powerhouse has over 300 Million views in more than 150 Countries - sharing his groundbreaking work on why we should totally transform public school curricula with innovation and creativity! Click here to view his Ted Talk.

With staggering facts, a tremendous sense of irony, and countless stories of public school failures, the British-born author argues that the optimal development of school children has been impeded, among other things, by an over-reliance on standardized testing. He will challenge El Pasoans to recognize that in the vast majority of public schools, the tremendous creative potential we are all born with has been all but ignored.

“He’s remarkable. He has the wit, the humor. He speaks with charm,” said Sally Gilbert, co-founder and director of the local non-profit Impact Programs of Excellence. “It’s hard to find somebody like that.” Impact Programs of Excellence has been working for over four years to get Robinson to El Paso. Gilbert says it was the El Paso Community Foundation that saw an opportunity for him to speak and pulled the event together“ I hope that enough people understand that Sir Robinson is one of the foremost education authorities in the world,” says Eric Pearson, president and CEO of the El Paso Community Foundation. “It is so huge to have him come here.”

The event is a production of the El Paso Community Foundation in partnership with IMPACT: Programs of Excellence.