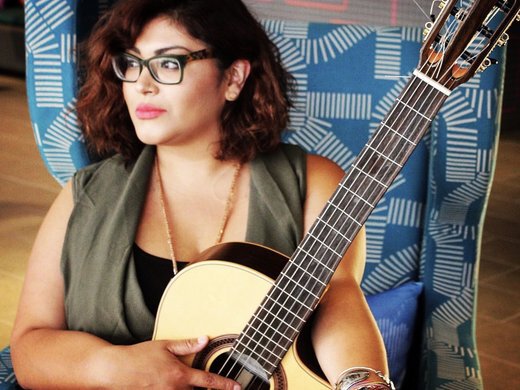 Tickets are $16 at the Plaza Theatre box office, ticketmaster.com and 800-745-3000 (service charges apply to online and telephone sales).

Her concert, Jaimelynn Amato: The Songbird of El Paso</b>, will be a musical blending of Borderland culture. The intimate songwriter-storyteller performance will celebrate women and equality while drawing heavily from her two albums of original songs, starry skies and fragile ties, and new album, 8 years. “I’ll share my writing process and what influenced the music and lyrics,” says Jaimielynn, who’ll be accompanied by percussionist Corina Villareal.

Jaimielyn has been singing since she was 3. She is a member of the UTEP Opera and Chorale, and has studied with Eike Gunnarson and Diana Esparza. She has been performing originals and songs from all over the world since 2010 and appears regularly at area venues such as Ardovino’s Desert Crossing and Anson 11.