Sam Elliott coming to PCFF for US premiere 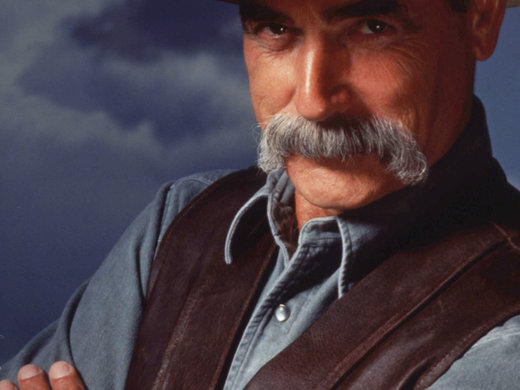 Sam Elliott will appear at the El Paso Community Foundation’s Plaza Classic Film Festival for the U.S. premiere of his much-buzzed about new movie “The Man Who Killed Hitler And Then The Bigfoot” at 10:30 p.m. Friday, August 10 in the Plaza Theatre.

This will be the first U.S. premiere of a new feature film in the Plaza Classic’s 11-year history.

In Epic Pictures’ The Man Who Killed Hitler And Then The Bigfoot, Elliott plays Calvin Barr, who has kept his role in the Nazi leader’s death a secret. The burden grows heavier with the years — and the loss of his true love. Barr must face his demons after U.S. and Canadian agents hire him to kill the elusive Bigfoot before it spreads an infectious disease.

Although he’s most often identified with westerns and cowboys, Elliott has amassed extensive TV and film credits over his 50-year career. They include the movies Tombstone, Mask, The Big Lebowski, Road House and Lifeguard, TV’s The Ranch, Justified and The Sacketts and voice-over work (he’s the voice of Coors and Dodge Ram Trucks commercials). He has family roots in El Paso dating back to 1883. His father was born in El Paso, his mother graduated from the University of Texas at El Paso, and Elliott has several relatives in the area.

Scheduling note:
Kill Bill: Volume 2 moves from 10:30 p.m. August 10 to 11 p.m. August 11 in the Plaza Theatre ($8). The Royal Tenenbaums has been canceled. Tickets for the original show of Kill Bill: Volume 2 will be honored on the new date. Tickets for The Royal Tenenbaums may be exchanged for a ticket voucher for another PCFF movie. Refunds also are available.