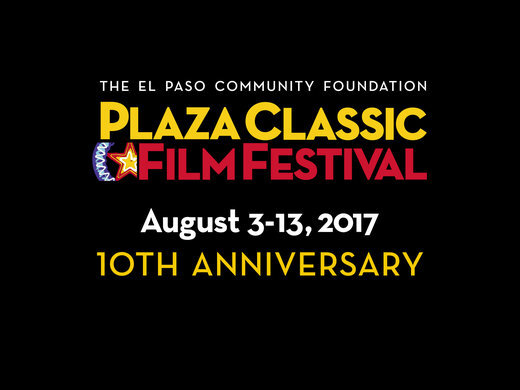 The Plaza Classic Film Festival celebrates its 10th anniversary in 2017. Get a jump start on next year’s festival with a Festival Pass, which includes admission to all ticketed events, an express lane for admission, invitations to private receptions and more. Festival passes are on sale now through December 31, 2016 for $175. Call 915-533-4020 or go to plazaclassic.com/tickets.