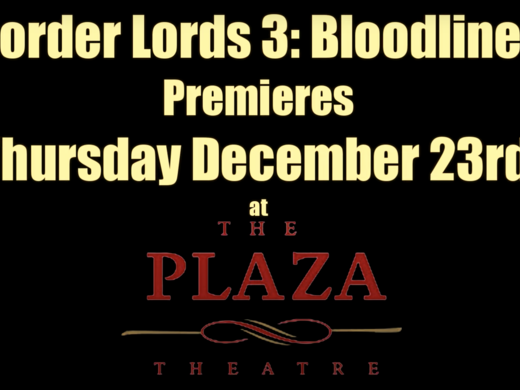 A private red carpet VIP event will precede the screenings.

Tickets for the Border Lords III/Macy Gray premieres are $10, on sale at the Plaza Theatre box office and Ticketmaster.com. Call 915-231-1100 for more information.

Writer-director Townes continues the saga of the Cortez crime family, whose leader, Gino Cortez, is behind bars. It’s the perfect time for the emerging Guzman syndicate to attempt to take over the El Paso-Juarez underworld. The noted El Paso pianist and filmmaker directed from his own script, based on a story by producer Mark Love and Townes. It was shot in El Paso, Las Cruces and Los Angeles.

Border Lords dates back 20 years. Townes and Love created the first installment as part of a test of video software. It was released in 2002. Border Lords II: Dark Secrets followed in 2010, and was screened at this year’s Plaza Classic Film Festival as part of the Local Flavor showcase. Border Lords III was four years in the making.

Macy Gray, by local filmmaker Rafael Prieto, focuses on a tough young female boxer who must battle her own demons before she can enter the ring for a very important fight. Prieto, who was Townes’ film student at El Paso Community College, filmed it in El Paso.