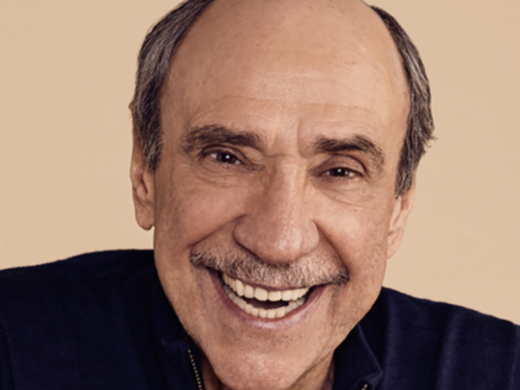 Born in Pittsburgh to Syrian immigrant Fahrid “Fred” Abraham and Josephine Stello, the daughter of Italian immigrants, Abraham grew up in El Paso. He attended Vilas Grammar School, El Paso High School, and Texas Western College (now the University of Texas at El Paso), where he won an acting award before transferring to the University of Texas at Austin. He also studied acting with Uta Hagen in New York City.

The 82-year-old actor’s storied career is all about the work, with roots firmly in theater, where he has performed more than 90 plays. He won an Obie Award for Chekhov’s Uncle Vanya, appeared in Broadway productions of The Man in the Glass Booth and Angels in America, and numerous Shakespearean plays. He received an Obie Award for Lifetime Achievement and was inducted into the Theater Hall of Fame.

Abraham’s most visible work has been in movies and TV. His film credits include Scarface (also showing at this year’s Plaza Classic), The Name of the Rose, Finding Forrester, Last Action Hero, Mighty Aphrodite, Star Trek: Insurrection, and Inside Llewyn Davis. His extensive TV credits include 43 episodes of Showtime’s Homeland (with two Emmy Award nominations), plus appearances on The Good Wife, Louie, Curb Your Enthusiasm, Mythic Quest, The White Lotus, and Disney+’s Moon Knight, for which he voices the evil Khonshu.

Murray Abraham celebrated his 60th wedding anniversary to Kate Hannan this year. He has a son, Mick, and daughter, Jamili, and a granddaughter, Hannan.

The 15th annual Plaza Classic Film Festival will be held July 28-August 7, 2022. Among this year’s 90 titles are a 70th anniversary showing of Singin’ in the Rain, Sleepless in Seattle, Superman, Lawrence of Arabia, Bonnie and Clyde, and Harry Potter and the Order of the Phoenix. Festival passes are on sale for $200, with Movies Only passes available for $100 at plazaclassic.com/tickets. Individual tickets go on sale in July. Call 915-533-4020 or go to plazaclassic.com for more information.