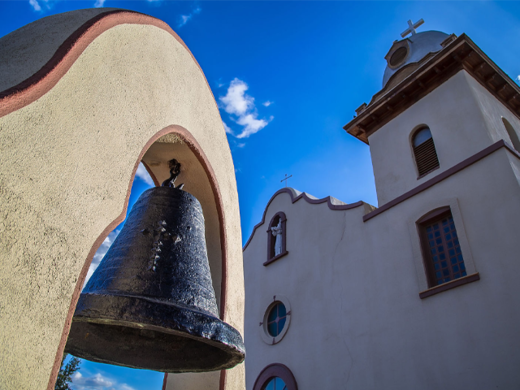 New interpretive signage recently was installed along the historic El Paso Mission Trail at the Ysleta and Socorro mission churches as well as the presidio chapel at San Elizario. The new plaques replaced ones originally installed in 1993 and were made possible through a collaboration between the El Paso Community Foundation, County of El Paso, Mission Trail Association, Camino Real Trail Association (CARTA), Catholic Diocese of El Paso, and El Paso County Historical Commission.

“Installing these panels serves not only as a point of pride for residents along the Mission Trail but also for the region,” said El Paso Community Foundation Senior Program Officer Gary Williams. “They connect the cultural and historical assets of the Mission Valley to the great Southwest region and the U.S.-Mexico Borderlands.” 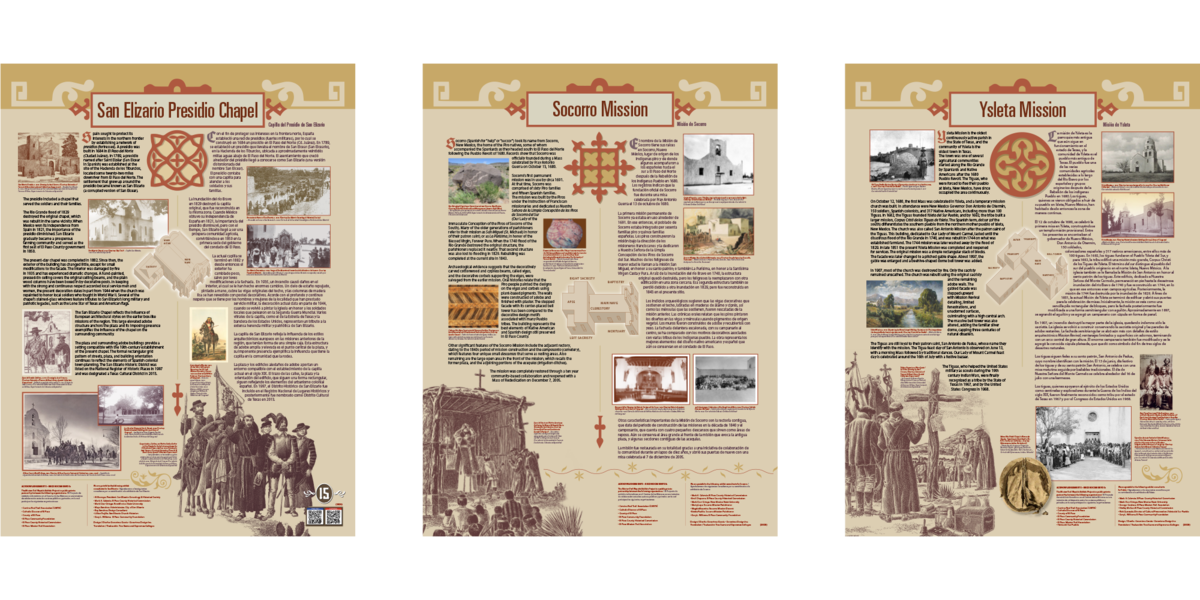 Residents from Ysleta, Socorro, and San Elizario were invited to participate in crafting the narrative for the signage. The result is a set of panels that highlight both the historic context for the sites and the shared history and living cultural legacies of El Paso del Norte, “the Pass of the North.”

“Socorro is an untold story,” said Magda Maureira, a Socorro resident who contributed to the plaque development for the Socorro Mission Church. Maureira also serves as a docent for the Socorro Mission. “(The signage) is a huge resource for our community. It’s in English and Spanish, and much more comprehensive than the prior ones. It’s one more resource for us — and for others and for our community — on our quest to capture our oral history, to work with endangered buildings, and to do valuable research on our cemetery. There are historical pieces to the Socorro mission that just aren’t found elsewhere.”

Looking ahead, the El Paso Community Foundation and its partners plan to plant trees for shade at the wayside exhibits at the Socorro and San Elizario sites. In addition, further wayside exhibits are being planned along the Mission Trail.

Admission to the Ysleta and Socorro mission churches as well as the presidio chapel at San Elizario is free. For hours and information, contact the El Paso Mission Trail Association (visitelpasomissiontrail.com, 915-851-9997).