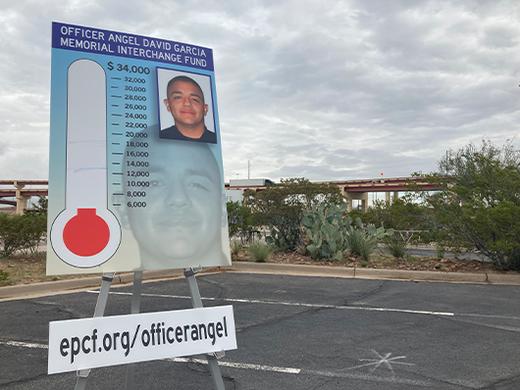 On December 16, 2012 at approximately 7 AM, Officer Angel David Garcia pulled his patrol car over to remove debris from I-10 near the Hawkins Boulevard ramp. A ladder was blocking two lanes of traffic and as Officer Garcia went to remove the debris, he was struck by a car and killed. Today, with the help of Representative Art Fierro, the El Paso Municipal Police Officer’s Association, and the El Paso Community Foundation, his family is raising funds for signage along the portion of highway to honor his memory.

“He was an enthusiastic, outgoing, kind, and compassionate young man who never had an unkind word to say about anyone,” says his aunt Martha Silex. “To know him was to truly love him.”

A dedicated public servant and El Pasoan, Officer Garcia was an active member of the U.S. Marine Corps Reserves, a graduate of Clint High School and El Paso Community College, and had been planning to enroll at UTEP the following year. His family describes a deep devotion to helping others, mentioning the times he would pay for homeless veterans’ meals while a server or volunteer to purchase holiday gifts for children as a police officer.

“He was and is my role model,” adds his younger brother, Mickey A. Garcia.

In early 2012, Officer Garcia began his lifelong dream of pursuing a career in criminal justice and joined the El Paso police force. Officer Garcia was inspired in equal parts by his favorite television show as a child (COPS) and his uncle Sal Silex, who served as a police detective for the El Paso Police Department.

“The day that I, a retired police detective, pinned that badge on his uniform—that day was the proudest day of both his and my life,” reflects Sal. 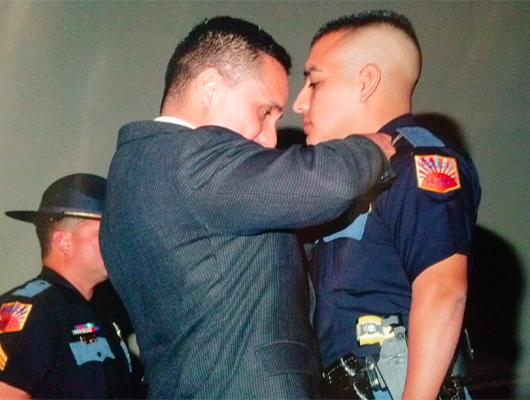 As a member of the El Paso force, Officer Garcia was dedicated to his work, as both his family and coworkers observed. His supervisors describe an exemplary young officer who arrived early to work and paid close attention to the details.

“The sky was the limit with his work ethic and his knowledge,” Lt. Gabriel Lucero told those gathered at Officer Garcia’s funeral in 2012. “He could have gone all the way to being a chief for us.”

From his time as a Marine Corps Reservist to his work as an officer, Officer Garcia’s career and personal life were marked by his dedication to the community.

“Officer Garcia was not only a police officer but still an active Marine reservist at the time of his death. He wore both uniforms with immense pride,” recalls Martha. “Being a police officer was more than a job to him. He truly cared for the people of his community.” 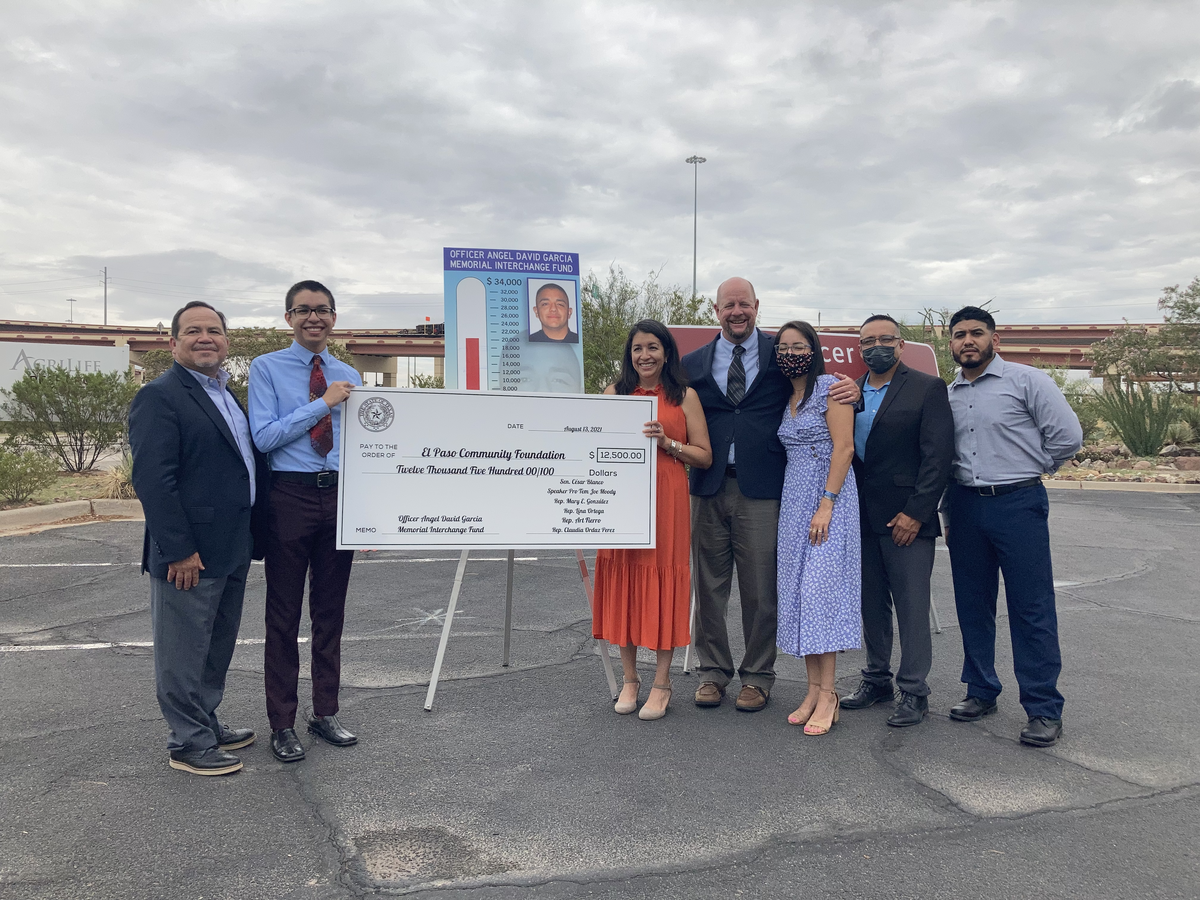 Since his death, Officer Garcia’s parents have been working to have the portion of the highway where he was killed named in his honor. In 2013, their request was granted by the Texas Legislature and a portion of I-10 was designated the “Officer Angel David Garcia Memorial Interchange.” Unfortunately, however, the bill did not allocate funds to cover signage for the interchange, which totals $65,503.88.

“We are so grateful to the community for coming together for this project,” said Sal. “Officer Garcia loved his community and served them with pride, and it is an honor to see them returning that feeling.”