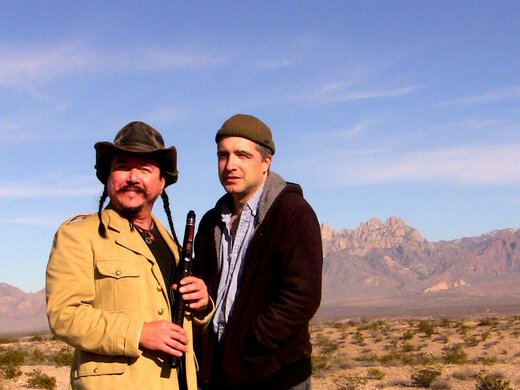 “Killing Buddha” will be performed at 2:30 p.m. Sunday, March 12 in the Philanthropy Theatre on the second floor of the Plaza Annex in the Plaza Theatre Performing Arts Centre.

Tickets are $16 at the box office, Ticketmaster outlets, ticketmaster.com (additional online charges may apply), and 800-745-3000.

The play is based on a legend in which the historical Buddha encounters a serial killer in search of atonement.

“‘Killing Buddha’ picks up on the theme of rage and violence, and finds its way to a story to about redemption and transformation,” writer-director Algernon D’Ammassa said.

It contains serious themes, but is suitable for families.

Portions of the play are improvised. During a trial scene, the audience is invited to comment on the case.

It includes music by Granger, who plays a variety of flutes, stringed instruments, and percussion, including found objects such as buckets, wine bottles, and plastic water jugs.