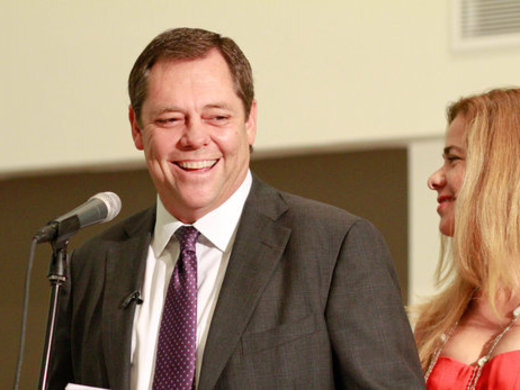 The El Paso Community Foundation, together with our friends Paul Foster and Alejandra De la Vega Foster celebrated the Mills Plaza Centennial on August 3, 2012. Paul’s dream of restoring what is now called Mills Plaza Properties is being realized. The much anticipated public open house of the three buildings was held August 3, 2012. The Centre Building, the 11 story Mills Building and the St. Regis Building were full of music, food and great stories of yester years.

On August 4, 2012, Academy Award winner Al Pacino helped celebrate the event by performing a show in the Plaza Theatre, and kicked off Plaza Theatre Endowment Fund. Downtown El Paso was full of wonder and excitement during that great weekend. Al Pacino later said he could feel the love in the Theatre.