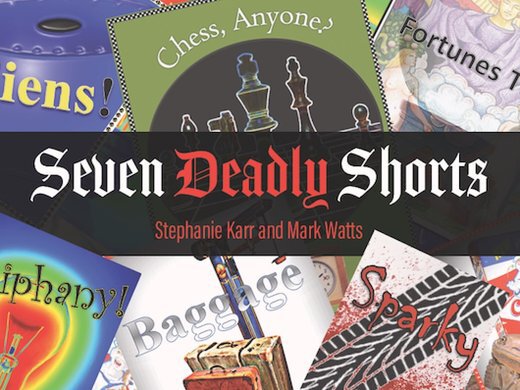 Stephanie Karr and Mark Watts return to the El Paso Community Foundation Jewel Box Series at the Philanthropy Theatre — with something sinfully delicious.

Their Palmore Productions will debut the couple’s new Seven Deadly Shorts</b> at 2:30 p.m. Sunday, March 8 in the Philanthropy Theatre, which is on the second floor of the Plaza Theatre Performing Arts Center Annex, above the box office.

Some are humorous. Others are darker in tone. All are suitable for audiences of just about any age.

This is the fourth play from the duo, whose Lacy opened the Jewel Box Series inaugural season in 2014. They also wrote and staged Eleven in 2011 and Boots in 2017, both at El Paso Community College. One of the Seven Deadly Shorts one-acts was performed at Theatre New Mexico’s 2018 spring conference.