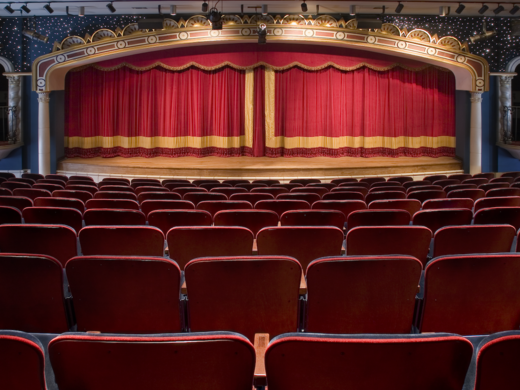 The Jewel Box Series is back!

After a more than two-year hiatus, due to the COVID pandemic, the El Paso Community Foundation Jewel Box Series at the Philanthropy Theatre will kick off a monthly series of performances in November.

Local performers and performing arts groups interested in applying for a slot on this year’s schedule will need to act fast. The deadline is 11:59 pm Friday, September 30.

The online application form is here.

The Jewel Box series was created in 2015 in a partnership between the El Paso Community Foundation and El Paso Live. Rent is waived for two days (one for rehearsal, one for performance), event insurance is covered and the Community Foundation assists with promotions and publication of the show’s playbill. The series was created to showcase the 200-seat jewel box of a theater inside the Plaza Theatre Performing Arts Centre, and to provide a first-class space for local performing artists and organizations.

The season will be announced in October.