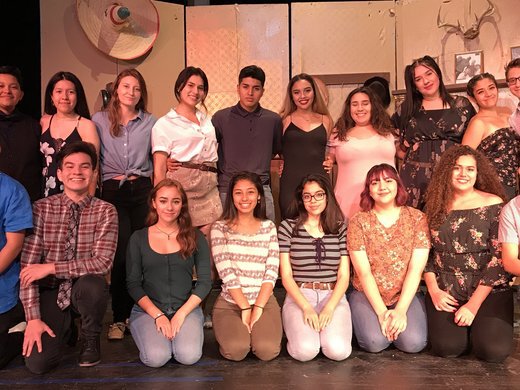 “The Ballad of Roobie Rookie” opens the 2018-2019 Jewel Box Series at 2:30 p.m. Sunday, October 14 in the Philanthropy Theatre on the second floor of the Plaza Theatre Performing Arts Centre Annex, above the box office.

“The Ballad of Roobie Rookie” is a post-apocalyptic Western with a robot sheriff named Wreckie, and a bad guy named Crooked Beak, who leads a band of animal outlaws. It was adapted for the stage from a screenplay by Del Valle student Robert De La Rosa and The Border Theatre Director Austin Savage.

It debuted at the high school on April 2, 2018 — World Autism Awareness Day — and was performed by students from the Del Valle High School theater department, led by school Theatre Director Marissa Thurman. She returns to direct a new student cast for the Jewel Box Series performance.

The Jewel Box Series was created by the El Paso Community Foundation to showcase local performing arts groups in the charming Philanthropy Theatre. It presents diverse, unusual and inventive programs. The 2018-2019 season will feature seven shows by local performing arts groups on the second Sunday of each month from October 2018 through May 2019.