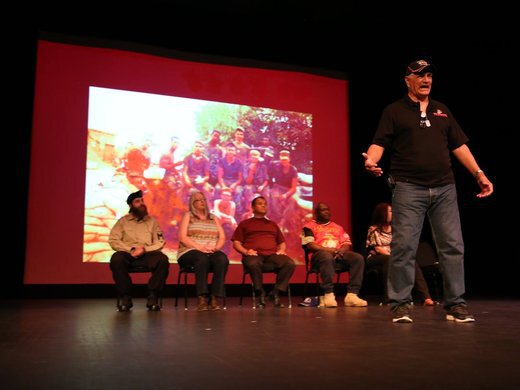 The Eden Enterprises production will be performed at 2:30 p.m. Sunday, November 12 in the Philanthropy Theatre on the second floor of the Plaza Theatre Performing Arts Centre Annex (above the box office).

Part of the national Telling Project, “Telling El Paso” features six local military veterans of wars, from Vietnam to Operation Iraqi Freedom, telling their stories of service — and coming home. It was written by Dr. Max Rayneard, and directed by Hector Serrano.

It was staged last year at the Chamizal National Memorial and the War Eagles Museum, and was broadcast on KCOS, which helped create the local production.

The cast features military veterans, all of whom are returning from last year’s production. They are: