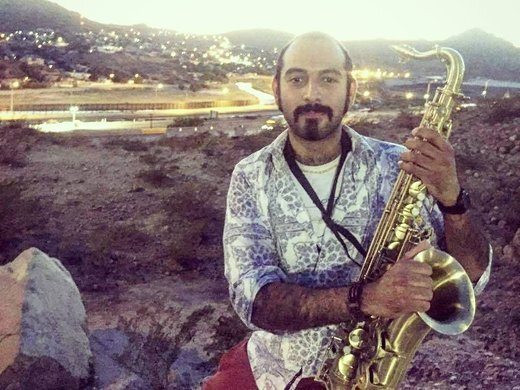 “Nouveau Chamber,” a program of new and original chamber music by saxophonist Daniel Rivera, will conclude the fourth season of the El Paso Community Foundation Jewel Box Series at the Philanthropy Theatre.

Meanwhile, applications for the 2018-2019 season are now being accepted through July 13.

Rivera and a seven-member string ensemble will perform “Nouveau Chamber” at 2:30 p.m. Sunday, May 20 in the Philanthropy Theatre on the second floor of the Plaza Theatre Performing Arts Centre Annex (above the box office).

Tickets are $16 at the Plaza Theatre box office, Ticketmaster outlets, ticketmaster.com, and 800-745-3000 (service charges apply for online and telephone purchases).

Rivera describes his new compositions as “a fusion of film score, orchestral and Latin works, with an echo of Greek and world influences.”

Applications for the Jewel Box Series’ fifth season are available at epcf.org/jewelbox.

The series showcases area performing arts groups in the intimate Philanthropy Theatre. Each season consists of eight monthly shows from October through May.