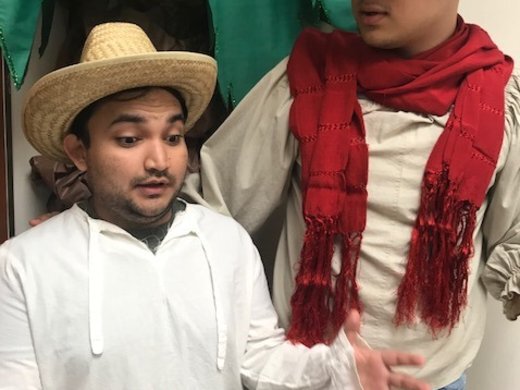 El Paso bilingual theater group Los Actores performs the one-act play at 2:30 p.m. Sunday, November 11 in the Philanthropy Theatre, which is on the second floor of the Plaza Theatre Performing Arts Centre Annex, above the box office.

The 1998 play by Lisa Loomer tells the story of 12-year-old Miguel, a big mouth, or bocón, who loses his voice after a military regime in his Central American country abducts his parents. He loses his voice and flees to the United States. His journey includes a magical friendship with La Llorona, the “weeping woman” of Mexican and Central American mythology. Miguel must find his voice — and the courage to cross the border to a new life.

The Jewel Box Series is produced in partnership with El Paso Live.