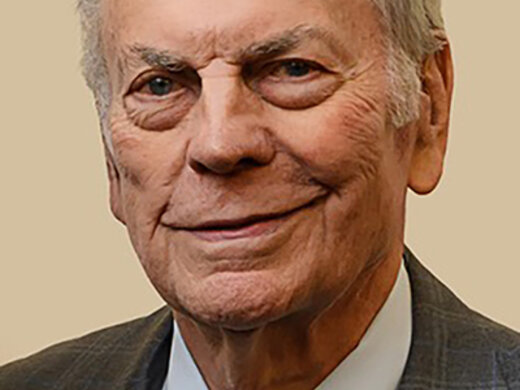 Jack Cardwell was humble. A soft-spoken man, he didn’t seek publicity for his many accomplishments and contributions to the community he loved. He was a successful and charitable businessman. He believed in family, faith and the value of community. He often asked: “What are we doing to help people?”

James A. “Jack” Cardwell, 89, died on January 23, 2022. He was born on March 1, 1932, in Poplar Bluff, Missouri, the “Gateway to the Ozarks.” He joined the U.S. Army 20 years later, which brought him to El Paso. It was in 1952 that he met the woman of his dreams, Martha Evonne Emmett. Their first date was at the Plaza Theatre. Years later, he would serve on the steering committee that oversaw the Plaza’s 2006 restoration.

He didn’t go to college. He said he got his education at the school of hard knocks. After the Army, Jack opened Jack’s Super Service, a gas station on Paisano. That launched a 67-year career in the oil, gas and service business. In 1965, he opened the El Paso Truck Terminal. Ten years later, he cut the ribbon on his first Petro Stopping Center, an innovative business designed to cater to long-haul truckers’ needs. It grew into a nationwide chain of 69 locations in 34 states when Jack sold the business in 2007. Chevron honored him in 2021 for his 60 years as a Chevron dealer and marketer (via his C&R Distributing).

Jack sold Petro in 2007, using some of the proceeds to fund the Cardwell Family Foundation, an affiliate of the El Paso Community Foundation, which quietly has helped many in the El Paso community he loved. That same year, El Paso Inc. honored him with its Community Spirit Award.

Jack firmly believed that a relationship with Jesus Christ was the most important thing in one’s life. He was a founding member of Westside Church of Christ and served there for much of his adult life.

Jack Cardwell may be gone, but his legacy will live on through his family, faith and philanthropy.