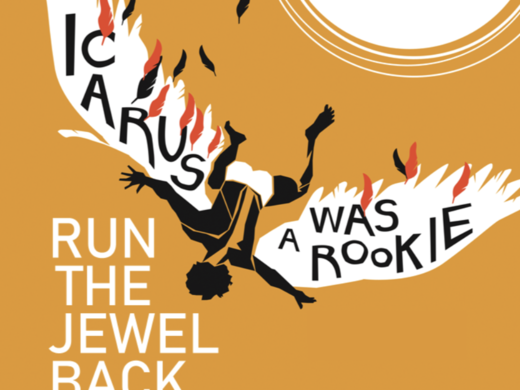 One year older and one year bolder, Icarus was a Rookie</b> returns to the Philanthropy Theatre as part of the El Paso Community Foundation Jewel Box Series, where it debuted last year.

The new, one-year anniversary version, dubbed </b>Icarus Was a Rookie: Run the Jewel Back</b>, will be performed at 2:30 p.m. Sunday, December 8 in the Philanthropy Theatre, which is on the second floor of the Plaza Theatre Performing Arts Center Annex, above the box office.

The show, created by the Border Theatre and the Rio Grande Writers’ Room, features 30 2-minute plays. The order in which they are performed is chosen by the audience. As part of the one-year anniversary, the normal 30-item menu will be increased. By how much? That’s part of the fun.

Run the Jewel Back will feature audience favorites from the past year’s performances, plus new, original works created by members of the El Paso community. This includes singer-songwriters Javier Martinez and Omar Cuellar, as well as flow artist and Odd-Lab founder Georgina Armendariz.

“I haven’t laughed this much in a while,” reviewer Victoria Molinar wrote last year in El Paso Inc. She described Icarus as “everyone’s favorite 30-play-in-60-minute fiasco … where we shouted random ‘menu items’ to decide the next 2-minute performance; where I ended up being one of the performers because I was ‘randomly’ selected to flap my wings around the stage after each short … where a sick band called The Hot Bachs sang about the finer things in life, like toilet paper… (It’s) been a while since I’ve seen a Border Theatre show, and I’m so glad I didn’t miss tonight’s.”

The Jewel Box Series is produced in partnership with El Paso Live. The 191-seat Philanthropy Theatre is located above the Plaza Theatre box office on the second floor of the Plaza Theatre Performing Arts Centre annex. The series continues with monthly shows through May 2020.