Helping out the Gila 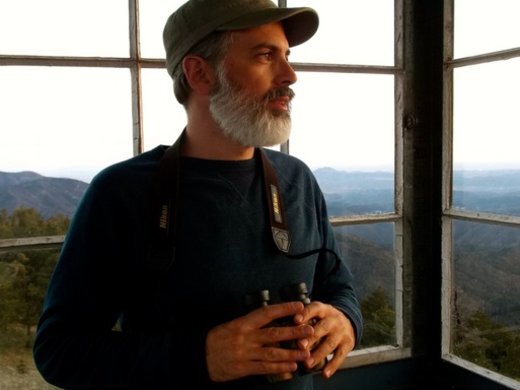 Best-selling nature author Philip Connors will roll out his new book “A Song for the River,” inspired by New Mexico’s Gila River, this weekend at Ardovino’s Desert Crossing in Sunland Park, N.M.

Connors will read from and sign copies of “A Song For the River,” published by El Paso’s Cinco Puntos Press, at 5 p.m. Sunday, September 16 in the Sunset Hall at Ardovino’s Desert Crossing. El Paso folk group San Patricios will perform.

The award-winning author will preview Sunday’s event with a free reading and signing at 9:30 a.m. Saturday, September 15, during the Ardovino’s Desert Crossing Farmer’s Market.

The events are fundraisers for Heart of the Gila, a New Mexico nonprofit advocating for the free flow of the Gila River. Heart of the Gila (heartofthegila.org) was created in honor of Gila River activist Ella Jaz Kirk, 14, who died in a 2014 plane crash near the river with fellow teenaged environmental advocates Michael Mahl and Ella Myers.

Additionally, Connors and Cinco Puntos Press will donate a portion of the proceeds from book sales to Heart of the Gila. The El Paso Community Foundation also will match that donation. Cinco Puntos Press and its Mama Bravo’s Book Club & Social Hour are sponsoring both events.

“A Song for the River” is a series of vignettes about and reflections on the only undammed river in New Mexico and the people who are passionate about preserving it. “Song” is Connors’ third book since he became a fire lookout in the Gila Wilderness in 2002. Publisher’s Weekly called it “powerful.” Kirkus Reviews described it as “heartfelt, well-written.” Dallas Morning News correspondent Alfredo Corchado praised its “deep, clear-eyed honesty.”

Connors will appear at a similar event at 3 p.m. October 28 at El Paso’s Literarity Book Shop.