Family dynamics explored in Jewel Box Series' We Have Each Other 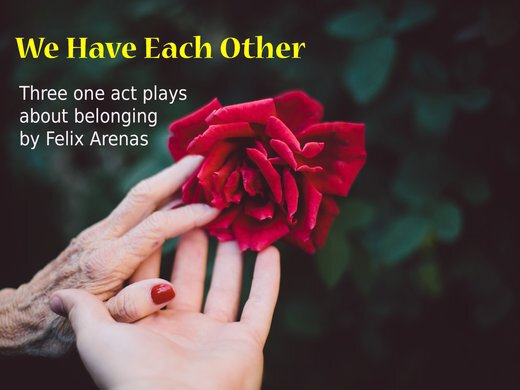 We Have Each Other</b>, the next production in the El Paso Community Foundation Jewel Box Series at the Philanthropy Theatre, consists of three one-act plays tethered to a common theme — family.

Written and directed by Felix Arenas, We Have Each Other will premiere at 2:30 p.m. Sunday, January 12 in the Philanthropy Theatre, which is on the second floor of the Plaza Theatre Performing Arts Center Annex, above the box office.

Playwright Arenas says We Have Each Other explores the meaning of family in the El Paso area. Rosa’s Roses is about a close-knit group of women undone by unchecked impulses. In Arroz Con Leche, a young woman and her father must overcome long-simmering issues before moving forward. The Long Shot is about a man in search of a lost love.

“Families come in different types — the family you were born into, the family you choose, and the family who chooses you,” Arenas explained. “This production is made up of three one-act plays about those dynamics. They are a small glimpse into situations that call the family into play.”

Writer-director Arenas is a Navy veteran, filmmaker, and playwright whose works are informed by his Mexican-American background. He made his Jewel Box Series debut in 2017 with Telling El Paso, which featured military veterans relating their stories of service. He is a member of the Rio Grande Writers’ Room, which is producing the play in conjunction with Shakespeare-on-the-Rocks.