Fall in love with Shakespeare at the Jewel Box Series 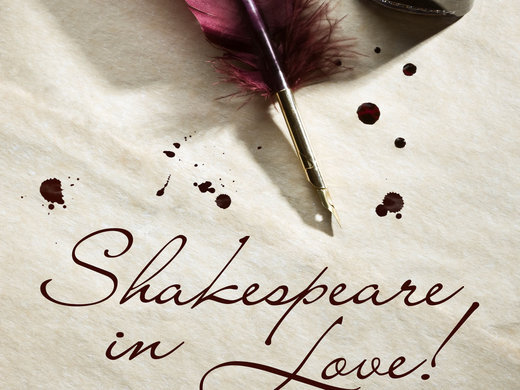 Tickets are $16 at the Plaza Theatre box office, ticketmaster.com and 800-745-3000 (service charges apply to online and telephone sales).

Not to be confused with the Gwyneth Paltrow movie, Shakespeare in Love! is a collection of scenes that pays homage to some of some of the most romantic couples created by the legendary English poet and playwright. It includes scenes from Romeo and Juliet, Antony and Cleopatra, The Taming of the Shrew, and Much Ado About Nothing.

Shakespeare in Love! will be performed by Shakespeare on the Run, the education component of El Paso’s Shakespeare on-the-Rocks theater company, now in its 31st season. El Paso theater icon Hector Serrano directs the 14-member cast.

Jaimelynn Amato: The Songbird of El Paso
Jaimielynn Amato
2:30 p.m. Sunday, March 10, 2019
Soprano singer-songwriter Jaimielynn Amato takes us on a musical tour of the blending of cultures in the Borderland. She integrates classical guitar, singing, and virtuosic whistling in a night celebrating women. She will showcase new music and songs from her first album, Starry Skies and Fragile Ties.

Texas Triptych
Youth Collaboration of the Arts
2:30 p.m. Sunday, April 14, 2019
Texas Triptych, written and directed by Ali Dipp, tells the tale of a young woman who returns home to her older sister and ailing mother in a small desert town. Together they experience a transformation in the wake of betrayal and loss. It asks the question: In the face of death, can life persevere?

Eclipse
Jazz Vila Projects
2:30 p.m. Sunday, May 12, 2019
Julia, Cristina, and Juan are the protagonists of a turbulent love triangle; unaware that their lives are televised as the reality show, Eclipse, in this production from Jazz Vila Projects, which is based out of El Paso and Havana, Cuba. There’s a convergence of classic and contemporary themes, such as the abuse of power, class differences, and conceptual happiness, and the spectators act as witness and judge.