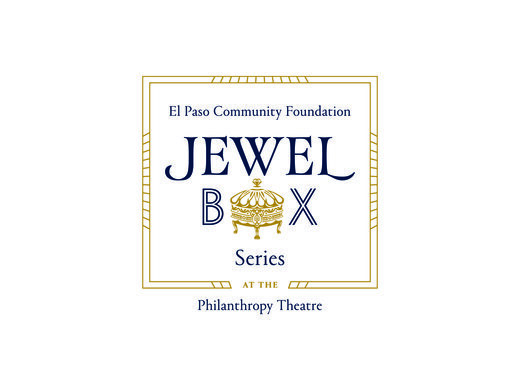 The Jewel Box Series — created by the El Paso Community Foundation to showcase local performing arts groups in the charming Philanthropy Theatre — presents diverse, unusual and inventive programs. The 2019-2020 season features eight productions, each at 2:30 p.m. on the second Sunday of each month, from October 2019 through May 2020.

The second half opens January 12 with We Have Each Other</i>, three one-acts by Felix Arenas, that examine the meaning of family. Our pre-Valentine’s Day show February 9 is The Straussiana</i>, choreographed and directed by Rebecca Meza of Ballet in Session Academy. Mark Watts and Stephanie Karr’s Seven Deadly Shorts</i> (March 8) is a series of 10-minute one-acts. Recording Moving Studios’ yo Soy project</i> on April 19 is a multi-media production that examines identity. Doug Adamz and Gene Keller join Teresa Tudury in the Southwest Songwriters Series</i>, which closes the season May 10.

Icarus Was a Rookie: Run the Jewel Back
The Border Theatre
December 8, 2019, 2:30 pm
This irreverent bit of interactive, improv theater debuted last year in the Jewel Box Series. It has evolved to include more local talent, but the audience still gets to order from a menu of 30 short pieces, which are performed in 60 minutes.

We Have Each Other
Felix Arenas
January 12, 2020, 2:30 pm
Few things are as important as family. Every family comes with its own struggles. This trio of one-acts by Felix Arenas explores those issues and how we feel safe within that family — because we have each other.

Seven Deadly Shorts
Palmore Productions
March 8, 2020, 2:30 pm
What could aliens, yoga, fortune telling, Cracker Jack, baggage, chess and murder possibly have in common? SIN! From Mark Watts and Stephanie Karr, the team that opened the first Jewel Box Series in 2014, comes this series of seven 10-minute plays that will take you down that dark path of the Seven Deadly Sins.

The Southwest Songwriter Series
Doug Adamz, Teresa Tudury and Gene Keller
May 10, 2020, 2:30 pm
These three master “poet-composers” will take listeners on an epic journey using only melodies, poetry, and guitars in this special Mother’s Day concert. Singer and multi-instrumentalist Doug Adamz, an El Paso product recently returned from years in California, has worked with Joan Baez and the Kronos Quartet. Teresa Tudury is a sultry-voiced Bay Area product described as a cross between Bonnie Raitt and Bette Midler. Gene Keller is an El Paso icon, a singersongwriter-poet who has performed and inspired audiences for more than 40 years.