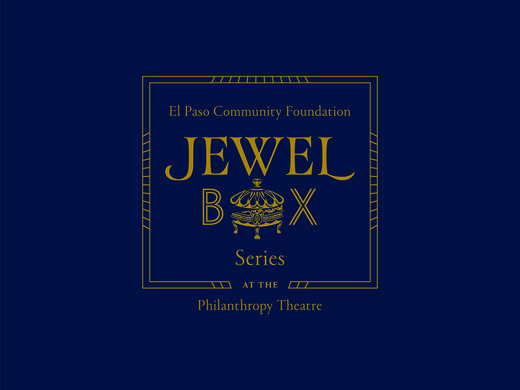 The El Paso Community Foundation Jewel Box Series at the Philanthropy Theatre celebrates its fifth season with programs that range from the Bard to a songbird. The 2018-2019 season will feature seven shows by local performing arts groups on the second Sunday of each month from October 2018 through May 2019.

Productions include the stage version of Del Valle High School student Robert De La Rosa’s screenplay, “The Ballad of Roobie Rookie.” De La Rosa is autistic. Other productions include an interactive theater piece from Border Theatre, where patrons can order scenes from a menu, and Shakespeare on-the-Run’s Valentine’s Day-themed selection of love scenes from Shakespeare plays. See below for details.

“Bocón”
Los Actores
2:30 p.m. Sunday, November 11, 2018
Hector Serrano directs Lisa Loomer’s one-act play about a boy from war-torn Central American whose parents are violently abducted, forcing him to flee to the United States. He loses his voice and encounters mythical characters and a dastardly coyote. His quest is not only his journey north, but his struggle to reclaim his voice.

“Icarus Was a Rookie”
The Border Theatre
2:30 p.m. Sunday, December 9, 2018
Director Austin Savage, The Border Theatre and the Rio Grande Writers team up to create an interactive experience where the audience orders plays from a menu — 30 plays in 60 minutes. No costumes. No sets. Just five actors responding to what’s ordered. And they’ll be on the clock! If it sells out, we’ll order pizza for the audience.

“Shakespeare in Love!”
Shakespeare on-the-Run
2:30 p.m. Sunday, February 10, 2019
In honor of Valentine’s Day, veteran members of the Shakespeare on-the-Rocks theater company, performing as their outreach group, Shakespeare on-the-Run, pay homage to the Bard’s most memorable couples, including innocent Juliet and her Romeo, iron-willed Cleopatra and Marc Antony, rebellious Katarina and Petruchio, and feisty Beatrice and Benedict.

“Jaimelynn Amato the Songbird of El Paso”
Jaimielynn Amato
2:30 p.m. Sunday, March 10, 2019
Soprano singer-songwriter Jaimielynn Amato takes us on a musical tour of the blending of cultures in the Borderland. She integrates classical guitar, singing, and virtuosic whistling in a night celebrating women. She will showcase new music and songs from her first album, “Starry Skies and Fragile Ties.”

“Texas Tryptic”
Youth Collaboration of the Arts
2:30 p.m. Sunday, April 14
“A Texas Tryptic,” written and directed by Ali Dipp, tells the tale of a young woman who returns home to her older sister and ailing mother in a small desert town. Together they experience a transformation in the wake of betrayal and loss. It asks the question: In the face of death, can life persevere?

“Eclipse”
Jazz Vila Projects
2:30 p.m. Sunday, May 12
Julia, Cristina, and Juan are the protagonists of a turbulent love triangle; unaware that their lives are televised as the reality show, “Eclipse,” in this production from Jazz Vila Projects, which is based out of El Paso and Havana, Cuba. There’s a convergence of classic and contemporary themes, such as the abuse of power, class differences, and conceptual happiness, and the spectators act as witness and judge.