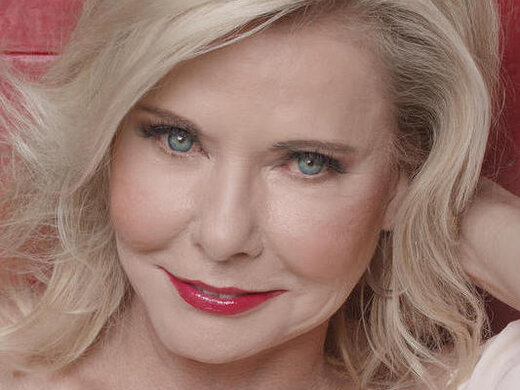 Laura Tate-Goldman isn’t just a dynamic member of the El Paso Community Foundation board of directors. She’s one heck of a singer, too!

She’ll prove it this weekend when Laura joins the El Paso Symphony Orchestra for a concert of holiday favorites and treats called Home for the Holidays at 7:30 p.m. Friday and Saturday, Dec. 3-4, in the Plaza Theatre. Tickets are on sale at epso.org, ticketmaster.com and the box office on event days.

Laura, who made her stage debut at age 9 in Dallas, is widely known in local music and philanthropic circles. She got a chance to combine those passions by creating the Laura Tate Fund for the Arts in the El Paso Community Foundation, and later joining the EPCF board. She has performed benefit concerts for the fund, part of a career that has spanned theater, film, music videos, recording and concerts.

This weekend’s concerts will feature conductor Bohuslav Rattay, Dr. Elisa Wilson and the UTEP Choral Union, EPSO, and Laura, who will be backed by a septet of EPSO musicians. The program includes the UTEP Choral Union singing the Hallelujah chorus of Handel’s Messiah, John Williams’ Home Alone Suite (with frequent Plaza Classic Film Festival contributor Richard Garven on the Wyler Mighty Wurlitzer Pipe Organ), and Laura, whose numbers will include Winter Wonderland and Rockin’ Around the Christmas Tree.