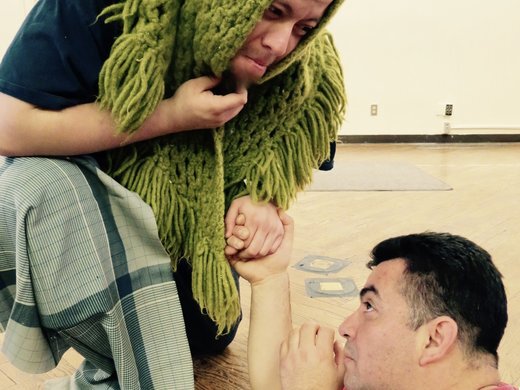 Just in time for Earth Day comes “Bernabe’,” the next installment of the El Paso Community Foundation Jewel Box Series at the Philanthropy Theatre.

By special arrangement with award-winning playwright Luis Valdez (“Zoot Suit,” “La Bamba”), the earth-friendly comedy-drama will be performed at 7 p.m. Saturday, April 8 and 2:30 p.m. Sunday, April 9 in the Philanthropy Theatre, which is on the second floor (above the box office) of the Plaza Theatre Performing Arts Centre.

Originally staged in 1970 by Valdez’s El Teatro Campesino, “Bernabe’” focuses on a so-called “village idiot” who is in love with the earth and hides in a hole in the ground to escape the derision of the townspeople and his domineering mother. Encounters with the Sun, Earth and Moon in human form confirm his link to the Mayans, the last race to respect the Earth.

Hector Serrano, the dean of local theater directors, is directing the production for Eden Enterprises.