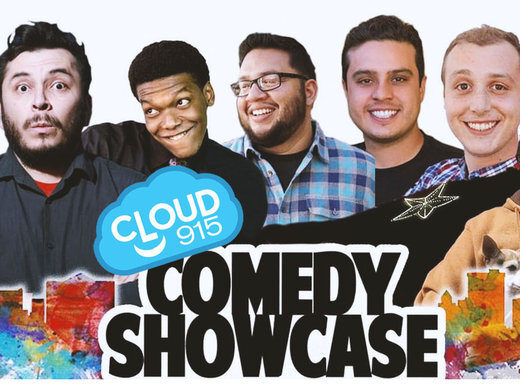 Each of the half dozen comedians is a touring performer, very active on social media, and a product of the area’s burgeoning stand-up comedy scene. Headliner Adam Dominguez is an El Paso native now living and working the comedy scene in Las Vegas. Joe Rodriguez, a Las Cruces native now based in Vegas, describes himself on his Instagram page as “Comedian. Husband. Habitual Line Stepper.”

Nico Adjemian, who can be heard on the KLAQ-FM morning show, was a finalist in the 2014 El Paso Comedy Challenge and 2015 Southwest Laughfest Comedy Festival. Versatile Anthony Austin Brown is a comedian, actor, singer, and dancer who describes himself as “still broke.”

Cathedral High School grad Dante Verduzco says that English is his second language, “funny is his first.” Cloud 915’s Lando V.C., who will host the show, tends to work clean, with an emphasis on silly humor.