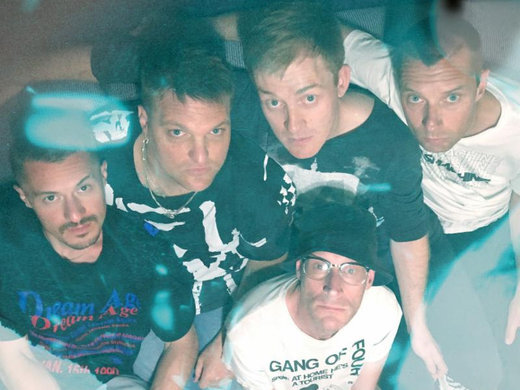 Tickets are $25, plus fees, at trickyfalls.com. If it doesn’t sell out in advance, tickets will be available at the door.

Proceeds benefit the Because of You Fund in the El Paso Community Foundation, and will help support the first You Rock!, an inclusive girls’ music camp planned for summer 2020. The Because of You Fund (facebook.com/BecauseOfYouFund) and El Paso Forever benefit concert were founded by local business owners Jim and Kristine Ward. Jim Ward is an El Paso Community Foundation board member who fronts the band Sparta and co-founded At the Drive-In.

“We are over the moon to have Cold War Kids back in El Paso and build on our mission to promote art and philanthropy hand in hand.”- Jim Ward

El Paso’s Emily Davis and the Murder Police, currently touring with Bad Religion, and Sleepspent will open the show, which will take place in the Anthony Parking Lot, bordered by Anthony, San Francisco and Coldwell streets in Union Plaza.

The entrance will be near the corner of Coldwell and San Francisco streets.

New album New Age Norms will be released November 1, the first in a planned trilogy. It includes the singles Complainer, 4th of July and Waiting for Your Love. Willett teamed with producer Lars Stalfors (St. Vincent, Follow the People) “to make a record with just a writer and a producer, so it began a whole new chapter, what I could call Cold War Kids 2.0,” he said.