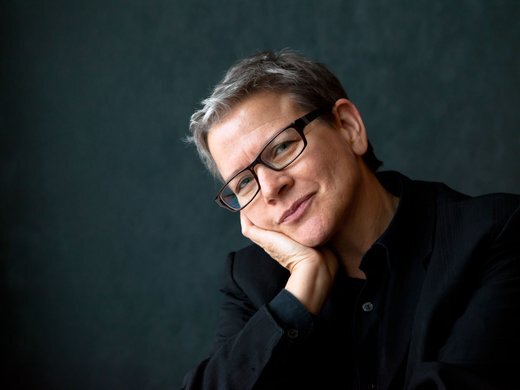 The Border Art Residency will present a sneak preview of filmmaker Cathy Lee Crane’s border-themed work-in-progress “Drawing the Line” at 5:30 p.m. Thursday, May 17 at the El Paso Museum of Art.

This year’s Border Art Resident will show an excerpt of “Columbus,” a work-in-progress. A stand-alone documentary, it also constitutes the first chapter of a series on the border towns of the United States. She will discuss her research and creative process, and will present brief portraits of others living on the U.S./Mexican border who will appear in future chapters.

Crane describes “Drawing the Line” as a multiplatform project that “builds its stories in collaboration with those living in the shadow of the U.S. Mexico/Border Commission’s imaginary line.” The commission, convened in El Paso in 1850, drew the Western U.S./Mexico border.

“Columbus” began production in March 2018, and currently is in post-production. The observational documentary includes archival material and interviews with residents of the New Mexico border town during the week of its mayoral election and the commemoration of Pancho Villa’s 1916 raid. Crane, an Associate Professor of film at Ithaca College, will continue work on this ambitious project this summer at the Rockefeller Foundation’s Bellagio Residency.

Crane also initiated a video collection called “Labour in a Single Shot: Ciudad Juarez,” on view May 14-June 8 at UTEP’s Rubin Center for the Visual Arts. The videos were made by students at Universidad de Ciudad Juarez under the supervision of her collaborator, artist Leon De la Rosa Carrillo. This collection of fixed-camera videos observes the gestures of manual labor. It is a contribution to the global project labour-in-a-single-shot.net.

The Border Art Residency is a project of the El Paso Community Foundation. Go to borderartresidency.com.