Ali MacGraw to appear at PCFF 2018 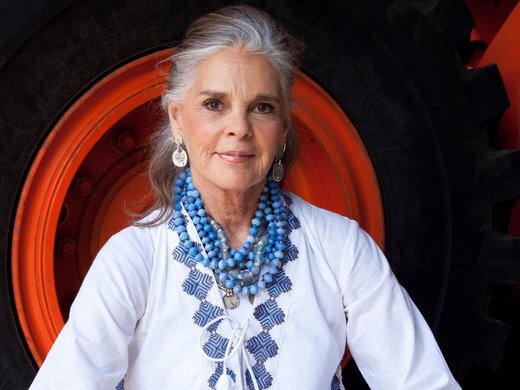 Ms. MacGraw will take the historic Plaza Theatre stage at 7 p.m. Friday, August 3 for “Love Story,” the 1970 romantic drama that made her a star. She also will appear with Sam Peckinpah’s 1972 action classic “The Getaway,” starring Steve McQueen and filmed largely in El Paso, at 3:30 p.m. Saturday, August 4.

She will sign autographs from 1 to 2:30 p.m. Saturday, August 4 in the El Paso Community Foundation’s Foundation Room, 333 N. Oregon.

Ali MacGraw received an Academy Award nomination and a Golden Globe Award for her performance as Jenny Cavalleri in Love Story, her second movie. She worked for Harper’s Bazaar magazine and fashion photographer Melvin Sokolsky before making her film debut in “Goodbye, Columbus.” “The Getaway” was her third film.

She also starred in “Convoy,” “Players” and “Just Tell Me What You Want” and TV’s “The Winds of War” and “Dynasty.” She wrote a best-selling autobiography, “Moving Pictures,” and helped create the instructional video “Yoga Mind & Body,” filmed at White Sands National Monument in New Mexico.

Ms. MacGraw works on behalf of social, animal and environmental causes, and is an ambassador for Ibu Movement, which benefits women’s cooperatives around the world. She received the New Mexico Governor’s Award in 2008 for her contributions to the arts.

This year’s Plaza Classic Film Festival will screen more than 90 movies from August 2-12, 2018. Previously announced 2018 titles include Aladdin, Amadeus, Lady and the Tramp and Vertigo. More titles will be announced soon. Individual tickets go on sale in early July. Festival Passes are $200, on sale at plazaclassic.com/tickets and 915-533-4020.